The Inaugural Dinner marks the installation of the incoming Chair of the Board for the Chamber. In the spirit of community building, the event also recognizes extraordinary leadership with the Civic Medal of Honor, Distinguished Business Leader and Corporate Leadership awards. 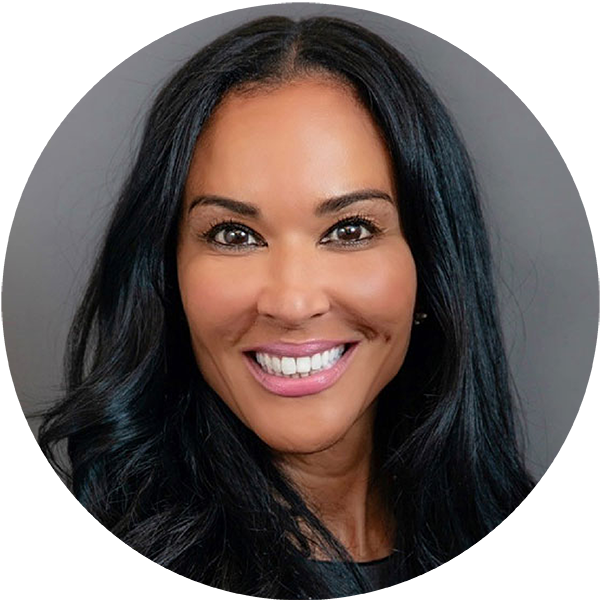 Named by California Diversity Magazine as one of the Most Powerful and Influential Women in California, Denita Willoughby is Vice President of Supply Management & Support Services for Southern California Gas Company, a Sempra Energy regulated California utility. She is responsible for overseeing a $1.5 billion procurement operation that includes supply management, supplier diversity, inventory and logistics. She also oversees all the company's fleet and real estate assets. Willoughby previously served as a shared officer also supporting San Diego Gas & Electric. Prior to that role, she was the Regional Vice President of External Affairs for SoCalGas, where she led the company's community relations, public affairs and media and employee communication efforts.

She serves on the boards of Vision to Learn, UNITE-LA, and is the incoming chair of the L.A. Area Chamber. She is an advocate for improving educational outcomes for all children and dedicates time to mentoring professionals wishing to advance their careers. 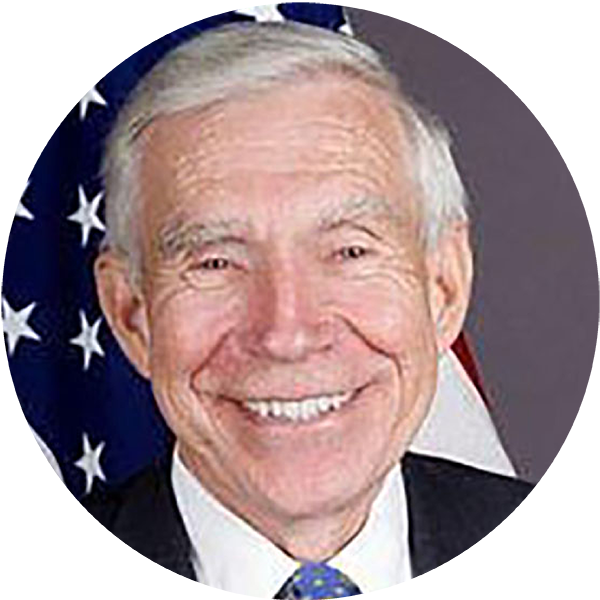 Frank E. Baxter is Chairman Emeritus of Jefferies LLC, a global investment bank. He retired as Chief Executive officer in 2001, a position he held since 1987.

He is the current Honorary Consul of the Oriental Republic of Uruguay in the City of Sacramento. He is the former Ambassador to Uruguay where he served from November 2006 to January 2009.

He is the Founding Chairman of the Board of Alliance for College-Ready Public Schools, a charter management organization with 28 middle and high schools; Chairman of the Board of Fremont College, a career college; Board member of EdVoice, an educational advocacy group in Sacramento; member of the Boards of the Pacific Council on International Policy; and St. John’s Health Center Foundation. He is a Life Trustee of the Los Angeles County Museum of Art and the Los Angeles Opera.

He has been involved in other numerous civic activities, including: Chairman of California After-School All Stars; Board Member, California Institute of the Arts; Member, Governor Schwarzenegger’s Commission for Jobs and Economic Growth; Chairman of the Executive Committee, Los Angeles County Museum of Art, while undergoing a major building campaign; and Trustee, I Have a Dream Foundation, L.A. Chapter.

He is the recipient of the Bet Tzedek, House of Justice; the City of Angels; and Posse Foundation awards.

He graduated with honors from the University of California at Berkeley in 1961 with a Bachelor of Arts degree in economics.

He is a member of the California Club and the Los Angeles Country Club.

Amb. Baxter has been married to his wife Kathy since 1962. They have three children, six grandchildren and three great-grandchildren. 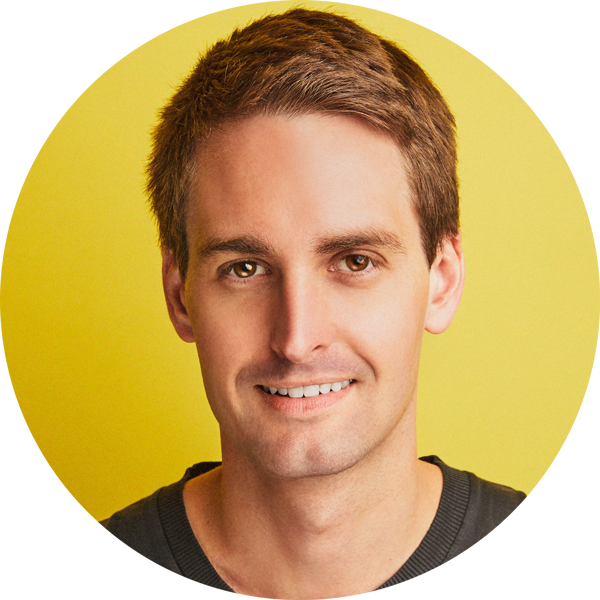 Evan Spiegel is the co-founder and Chief Executive Officer of Snap Inc. Snap is a camera company that empowers people to express themselves, live in the moment, learn about the world and have fun together.

Spiegel and Snap co-founder Bobby Murphy created Snapchat while at Stanford University. Today, Snap is a publicly traded company with more than 210 million daily active users around the world.

In 2017, Spiegel formed the Spiegel Family Fund, which is committed to philanthropy in California and beyond. Through dedication to the arts, education, housing and human rights, the Fund supports multiple organizations that contribute to human progress. Spiegel and Snap co-founder Bobby Murphy also created the Snap Foundation, dedicated to developing pathways to the creative economy for underrepresented youth in Los Angeles.

Spiegel graduated from Stanford University with a B.S. in Engineering, Product Design. He lives in Los Angeles with his wife Miranda and their three children, Flynn, Hart and Myles. 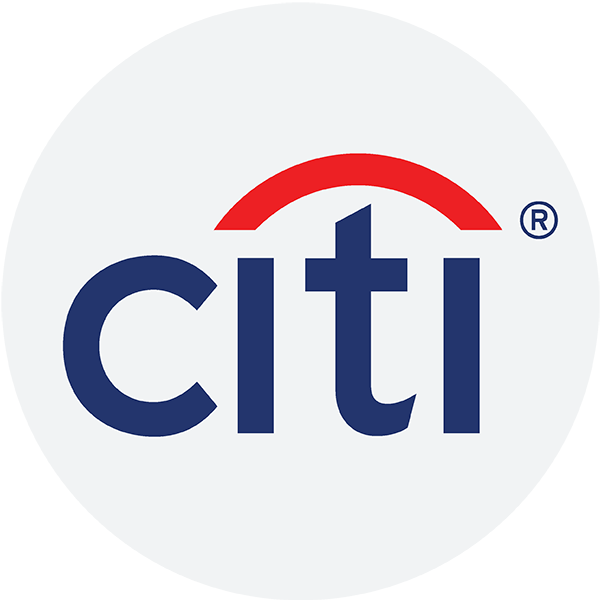 Citi has proudly served the people of Los Angeles for more than 100 years. Citi invests in scalable public-private partnerships that continue to strengthen businesses, individuals and the economy in the region. Through initiatives like the OneLA Regional Procurement Collaborative, Citi supports strategies to scale and accelerate minority-owned business growth locally. Citi also works collaboratively with municipal partners to boost financial resilience for residents through the Center for Financial Empowerment, Free Tax Prep Los Angeles, Cities for Citizenship and financial empowerment programs that serve survivors of domestic violence, veterans and the elderly. 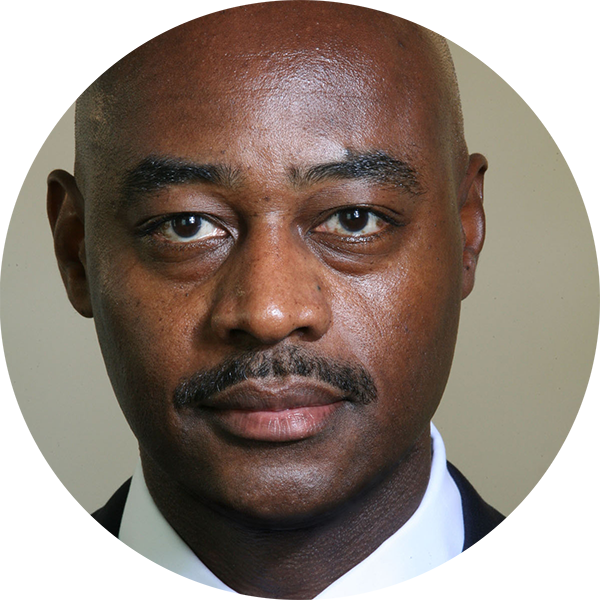 Raymond J. McGuire is Vice Chairman of Citi and Chairman of the Banking, Capital Markets and Advisory business. He is based in New York.

Prior to his appointment to his current position in 2018, McGuire was Citi's Global Head of Corporate and Investment Banking, a position he held for 13 years. McGuire is a member of the Institutional Clients Group Executive Committee and the Institutional Clients Group Business Practices Committee and is a Board Member of Citigroup Global Markets Inc.

Under his leadership, Citi leveraged its unmatched global network to meet multinational and sovereign clients' working capital, debt and equity capital raising and strategic Mergers & Acquisitions needs. McGuire has personally advised on transactions across global industries and geographies valued at more than $600 billion, including Time Warner/AT&T (the fifth largest transaction in history). 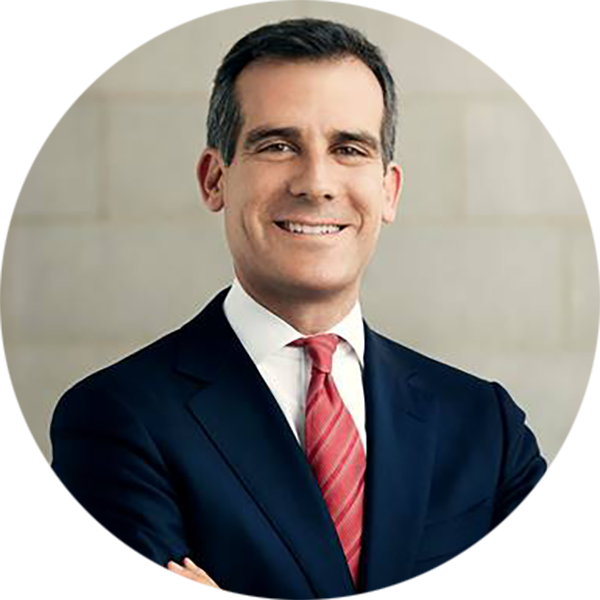 Eric Garcetti is a fourth-generation Angeleno and the 42nd Mayor of Los Angeles. Born and raised in the San Fernando Valley — the son of public servants and the grandson and great-grandson of immigrants from Mexico and Eastern Europe — Mayor Garcetti's life has been shaped by a deep commitment to the core values of justice, dignity and equality for all people. The Mayor led and won a campaign to pass the boldest local infrastructure initiative in American history, launched the L.A. College Promise, the most ambitious higher education access program in the nation, providing more than 9,000 students with free tuition, confronting a homelessness crisis by leading an unprecedented regional alliance committed to getting people off the streets and ending chronic homelessness, putting more money in workers' pockets by raising the minimum wage to $15 an hour, and cutting business taxes to help drive a historic economic recovery that has created a record number of jobs in legacy industries like entertainment and aerospace. The Mayor also rallied more than 400 mayors in cities across America to adopt the Paris Climate agreement after the Trump Administration pulled out of the pact, and successfully led the bid to bring the 2028 Summer Olympic and Paralympic Games to the United States for the first time in more than 30 years.

The Mayor's government service began on the L.A. City Council, where he spent four terms as Council President before being elected Mayor in 2013 and winning re-election in 2017 by the widest margin in the history of Los Angeles. Beyond his time at City Hall, Mayor Garcetti has served his country as an intelligence officer in the United States Navy Reserve and taught at the University of Southern California and Occidental College. The Mayor received his B.A. and M.A. from Columbia University and studied as a Rhodes Scholar at Oxford University, and later at the London School of Economics. He is also a jazz pianist and photographer. 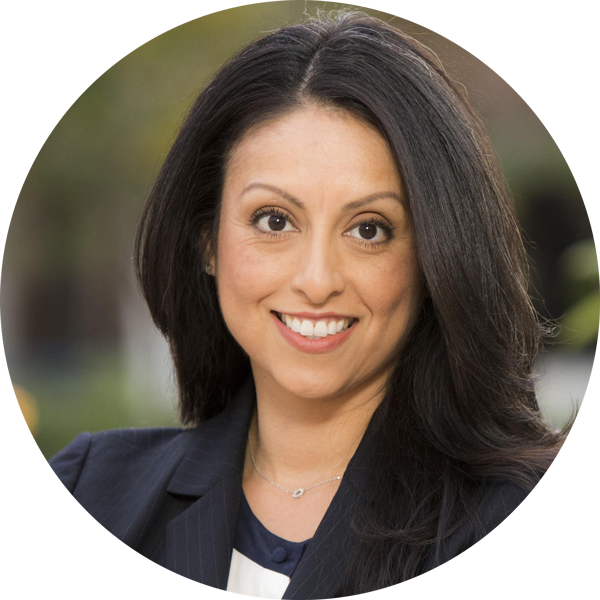 City Council President Nury Martinez is a glass-ceiling shattering leader who brings profound life experience as the proud daughter of working-class immigrants, as well as years of legislative and community advocacy expertise to the forefront of her work fighting for the families of the City of Los Angeles and the Sixth Council District in the Northeast San Fernando Valley.

When elected to the City Council in 2013, Martinez was the only female elected official in the City of Los Angeles. Today, as one of just two women on the City Council, Council President Martinez is a groundbreaking leader who champions families-first and women's rights issues. She is also actively engaged in the redevelopment and activation of the main corridors in Council District 6 to create jobs, housing and services for our local communities. As part of her families-first agenda, Martinez aims to prioritize the hiring and promotion of women in City departments where female employment is less than 50 percent. She also wants to create a pipeline to City jobs for low-income youth, and foster and homeless LGBTQ youth, as well as create a City program that would create business preferences for prospective City of Los Angeles businesses that prioritize the hiring of foster youth transitioning into adulthood.

Martinez is relentless in seeking public safety, transportation and clean street resources for the families of the Northeast San Fernando Valley. She has her own "Green New Deal" agenda that is focused on Environmental Justice first and foremost for low-income, people-of-color communities that historically suffer from polluted air, water and land more than other affluent communities. 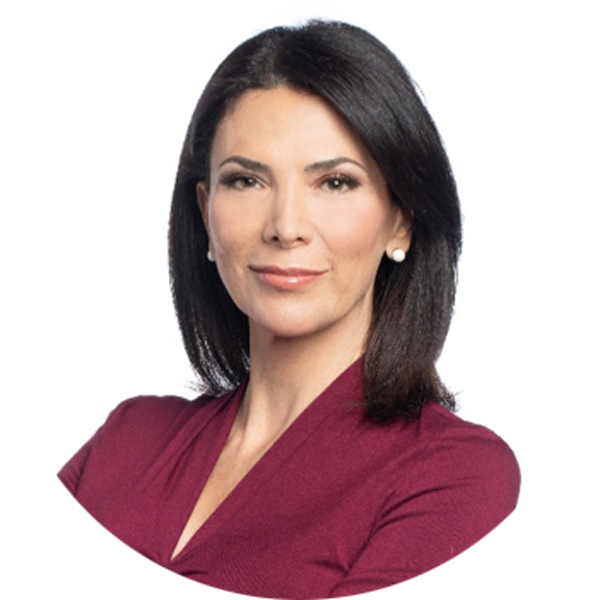 She has been recognized by the Mexican Government for empowering the lives of Mexican nationals and by the California Senate for her contributions to the betterment of her community. She is passionate about reporting environmental, educational and social issues. Teissier has served on the board of the American Heart Association and the board of directors of Autism Care Today, a not-for-profit organization that provides therapy and services for people and families living with autism. 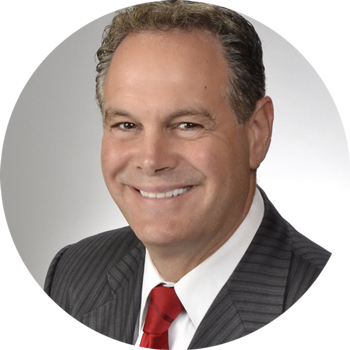 As a partner at DLA Piper LLP, Jerry Neuman is and has been the lead negotiator and project coordinator for many of Southern California's most important real estate, green energy, infrastructure and governmental procurement projects. His experience includes obtaining environmental clearances pursuant to the California Environmental Quality Act (CEQA) and the National Environmental Policy Act (NEPA). Additionally, he has substantial experience in coordinating teams of professionals including architects, engineers, environmental scientists, community relations and communication consultants and media relations professionals. Neuman also works regularly with elected officials, organized labor and community and business leaders in connection with many of these projects and issues.

Neuman is also a founding director of Mission Valley Bank and is on the executive boards of many of the most important commercial and charitable organizations in L.A., including serving as the 2019 Chamber Board Chair. 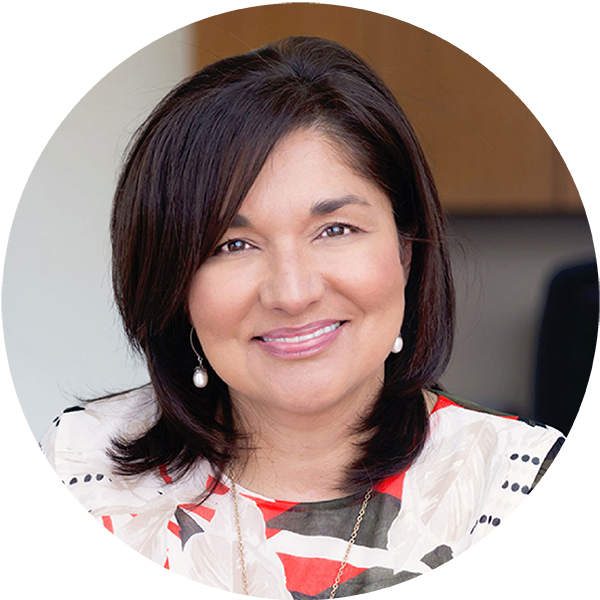 Maria S. Salinas is the President & CEO of the Los Angeles Area Chamber of Commerce, the largest business association in Los Angeles County representing more than 1,500-member companies and serving the interests of more than 235,000 businesses across the Los Angeles region. Salinas took the helm of the organization in August of 2018 and became the first woman and Latina to lead the L.A. Area Chamber in its 130 year history. An accomplished business woman, entrepreneur and a stalwart community leader, Salinas' business acumen and financial expertise provides her with the right experience to lead the Chamber.

In her role, Salinas is committed to amplify the voice of business in all aspects of public policy, growth in emerging sectors and global expansion. Under her leadership, the Chamber has focused on key strategic initiatives including expanding its advocacy for a business-­friendly environment, promoting the spirit of innovation and entrepreneurship throughout the region, and expanding global influence. Read more.

The Los Angeles Area Chamber of Commerce uses cookies to improve site functionality and to provide you with a better browsing experience. Detailed information on the use of cookies on this site is provided in our privacy policy.